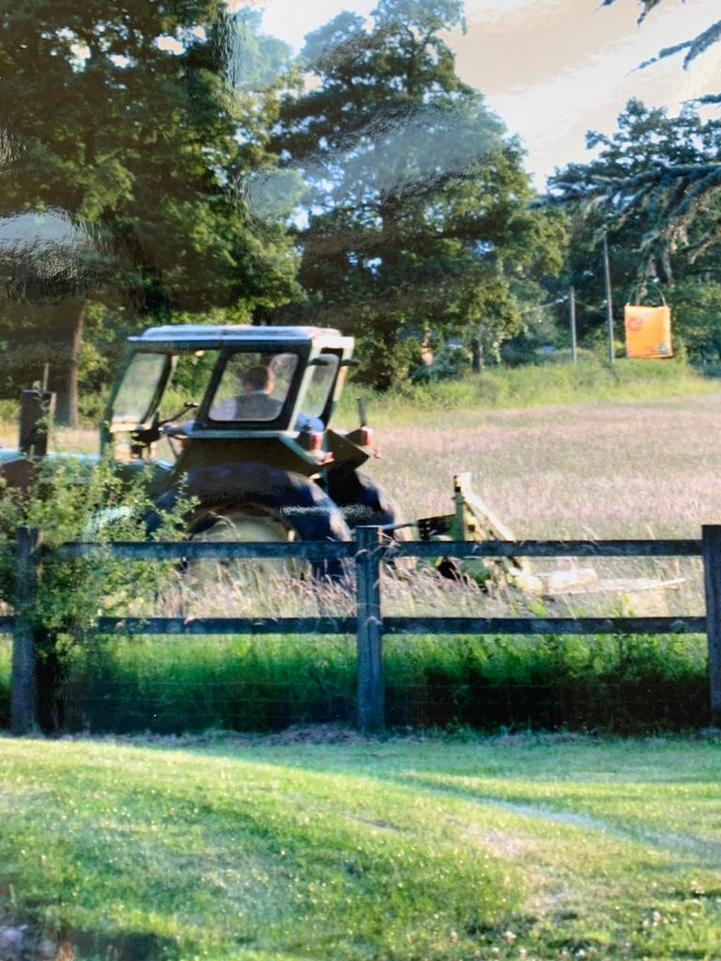 We celebrate all the festivals in the agricultural calendar. Most people are aware of Harvest but there are a number of other festivals that we celebrate:

The observance of Plough Sunday traditionally on the First Sunday of Epiphany goes back to Victorian times, but behind it there is a much older observance, associated with the first working day after the twelve days of Christmas, hence ‘Plough Monday’ in some places.

In medieval times some ploughs were kept in the parish church, and some churches kept a ‘plough-light’. In days when work was scarce in winter, the observance looked forward to the time of sowing with the promise of a harvest to come. Some Christian communities have reintroduced it as a focus for asking a blessing on human labour near the start of the calendar year.

The Rogation Days (from the Latin rogare, ‘to ask’) are the three weekdays before Ascension Day. However, in practice, many churches have observed Rogation on the preceding Sunday (EasterV in the Prayer Book, the Sixth Sunday of Easter in Common Worship). The Prayer Book Gospel includes the words of Jesus, ‘Whatsoever ye shall ask for in my Name, he will give it you’ – words associated with the heavenly intercession of the ascended Christ.

Originally, the Christian observance of Rogation was taken over from Graeco-Roman religion, where an annual procession invoked divine favour to protect crops against mildew. The tradition grew of using processional litanies, often around the parish boundaries, for the blessing of the land. These processions concluded with a mass. The Rogation procession was suppressed at the Reformation, but it was restored in 1559.

The poet George Herbert interpreted the procession as a means of asking for God’s blessing on the land, of preserving boundaries, of encouraging fellowship between neighbours with the reconciling of differences, and of charitable giving to the poor. The tradition of ‘beating the bounds’ has been preserved in some communities, while others maintain the traditional use of the Litany within worship. In more recent times, the scope of Rogation has been widened to include petition for the world of work and for accountable stewardship, and prayer for local communities, whether rural or urban.

Lughnasadh, or Lammas, is half-way between the Summer Solstice and the Autumn Equinox. The word itself is from the Old English hlaf (loaf) and maesse (mass or feast). The festival derives from the ancient English festival the Gule of August, which marked the beginning of the harvest, being traditionally celebrated on the 1st August. The early English church kept this dedication of the first fruits and adopted it for Christian usage. Through the centuries, loaf-mass became corrupted in spelling and pronunciation to Lammas. On Lammas Day, loaves of bread were baked from the first-ripened grain and brought to the churches to be consecrated.

Harvest Thanksgiving is a more modern addition to the church calendar. Its origins are usually traced to the adaptation in 1843 of Lammas Day by the Revd R. S. Hawker, a parish priest in Cornwall. He chose the first Sunday in October as a Christian response to coincide with the traditional but largely secular ‘harvest home’ celebration, but there is some evidence to suggest that a thanksgiving for the harvest was already a relatively widespread practice. An annual church celebration of the harvest certainly established itself rapidly with great popularity and was first
recognised officially in the Church of England in 1862. Since then, many local traditions for the celebration have developed.

As a church within a farming area we have strong links with CARL and are always seeking to engage with our farming community and all rural issues. If you would like to know more about the work of CARL then please click on the link below:

Chaplaincy to Agricultural and Rural Life

OUR EASTER SERVICE IN HANBURY was led by The Reverend ... more